You probably didn’t learn about this system in high school biology, but you couldn’t live without it – the Endocannabinoid System, or ECS. Although recently discovered, researchers are finding that this system plays a vital role in keeping you comfortable and your body properly functioning. Thanks to the ECS, you are not only able to feel CBD’s benefits, but you can also experience relief and relaxation without these products. We’re sharing the basics of the Endocannabinoid System and its components.

The ECS is a network of receptors, endocannabinoids (chemical compounds made within the body) and enzymes that break down endocannabinoids. By working together, these components help keep your body working the way it should in regard to:

Since the ECS is still being studied, it is possible that the system may have an impact on even more functions.

Elements of the ECS

These cannabinoids (chemical compounds) are made within the body as they are needed. The two most common are 2-AG and anandamide, but as research continues, more may be discovered.

These proteins break down endocannabinoids once the body is done using them. Fatty Acid Amide Hydrolase (FAAH) breaks down anandamide while MGL breaks down 2-AG.

Do You Need The ECS?

We gave you a brief look into the system responsible for CBD’s healing properties. Without the ECS, CBD probably would not have a significant effect within the body. Read our full article on the ECS for a more detailed look at this amazing system and how it interacts with the plant-based cannabinoids, THC and CBD. 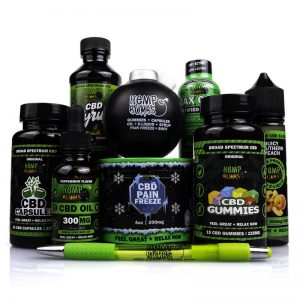 Shop our selection of CBD PRoducts, Inclduding CBD Oil, CBD Gummies, CBD Capsules & Much more to experience the potential of CBD for yourself! Click here for more information: What do CBD Gummies do?