How Do You Determine Your CBD Metabolism?

For even the most well-informed students of CBD, metabolism is a somewhat elusive concept. While there are research publications that have a more technical focus, there are fewer places on the internet that speak in a more conversational way about CBD metabolism. In this post, we’ll examine your body’s natural metabolic processes, and how your body breaks down CBD specifically, so you’ll have a better idea of the right amount for you.

What is CBD Metabolism?

Metabolism is your body’s conversion of chemical compounds through proteins called enzymes. Enzymes are proteins that are natural to your body and “catalyze” or speed up chemical reactions.

The majority of your body’s metabolism occurs in the gut wall, lungs, and blood plasma.

The most important enzymes to metabolism are a part of a group called “cytochrome p450.”

There are two phases in metabolism – 1 and 2. In phase 1, your body goes through oxidation and loses electrons. After the completion of phase 1, substances are said to be “oxidized.”

In phase 2, your body makes contents more water soluble, so they can be expelled from your body. Contents become a lot more “inactive” during this phase. As substances begin to leave your body, they lose their pharmacological activity.

To sum up, substances enter your body at their peak chemical activity. As they go through phase 1 and 2, they pass through the liver’s enzymes and begin to break down. After the completion of phase 2, a substance is inactive and water soluble enough to leave your system.

How is CBD Metabolized?

Now that you have more of an understanding of metabolism, we can move on to talk about the metabolism of Cannabidiol, or CBD.

As CBD begins to metabolize, it is converted into chemical compounds 7-OH-CBD and 6-OH-CBD in the liver. 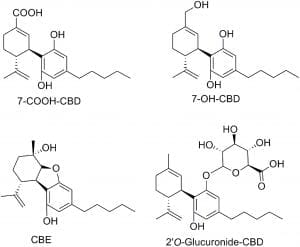 As of now, not much is known about these two metabolites. However, there is a chemical called D2 (E) Valproate, which has anticonvulsant effects that might contribute to the anti epileptic nature of CBD. 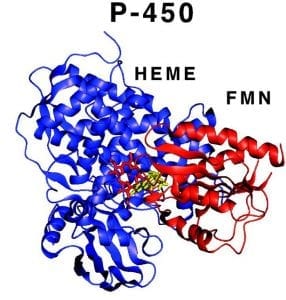 Something as simple as CBD Capsules could disrupt the metabolism of other substances.

Now, this effect won’t always be the same – it will vary for individuals and depends on the pairing of CBD to the cytochrome p450 enzyme group.

Still, it is important to be aware of this effect so you can know how CBD interacts with other substances in your system.

What we know is that CBD is still a young industry and the science isn’t yet perfect. For consumers, it’s important to stay on top of the most recent industry insights to be an informed consumer.